What are you doing for Solstice this year? I’m in my old home town of Milton Keynes to watch the sunrise from the Light Pyramid, and see what’s up at the Medicine Circle and the Milton Keynes Henge.

Milton Keynes always had a bad reputation, the kind of place people would say “urgh!” about when you told them you were from there.

You might as well have told people you were from the Black Hole of Calcutta, Bottom’s End or Wookey Hole.

But Milton Keynes, despite its often oppressive atmosphere, is designed to be magical – and it hasn’t even been called the “suicide capital of the UK” since the 1980’s, so THAT tells you something! and… please stop mentioning it, people!

In the beginning MK, despite its position of power at the centre of a hub of ley lines, became famous for an aesthetic of brutalism, concrete and bare earth.

With miles of newly-built identical estates, the estate planners tended to do an unnerving thing which was to replicate small distinctive landmarks like playgrounds or public sculptures, so when you were trying to find an address and thought you were nearly there, you’d suddenly realize you were in fact several miles away, like being lost in a labyrinth full of dead ends in an old Dr Who episode.

People weren’t used to a grid system for roads with roundabouts instead of traffic lights, so they got confused and disorientated. When Concrete Cows by Liz Leyh (1978) was installed roadside, this was found to be disorientating also.

Time has softened the bleak edges of the town, and although the gloomy underpasses and little ticky tacky box houses are still there, they are part of an ever-evolving landscape where some very strange things have grown up.

Apparently a hotbed of  Paganism and Wiccan covens, Milton Keynes has also become a popular site for UFO and cryptid spotting. I haven’t yet seen the Beast of Milton Keynes, but then I moved out when I was 18.

Only in 2019 mysterious bloody footprints were seen and photographed at the city centre, with no explanation forthcoming from the authorities.

The original city planners designed the main street of Midsummer Boulevard to align with the rising sun on the Summer Solstice. The sun shone down the street to reflect off the mirrored train station at its far end, transforming the entire central area into a temple to the sun.

Since its inception, however, there have been shadowy forces at work which constantly strive to destroy the mystical aspects of the town.

These have been successful in blocking the sun’s path down Midsummer Boulevard by extending the shopping mall, demolishing the black glass pyramid in Bletchley and condemning the Point, the mirrored ziggurat outlined with a red neon pyramid which housed the UK’s first multiscreen cinema and served as a handy backdrop for any photographer in the 1980’s seeking that futuristic look. 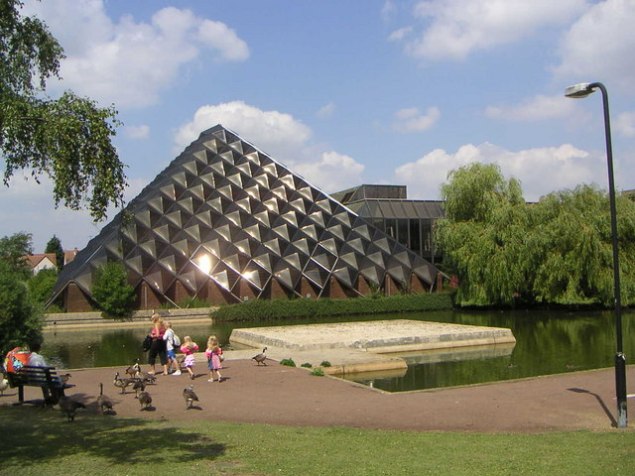 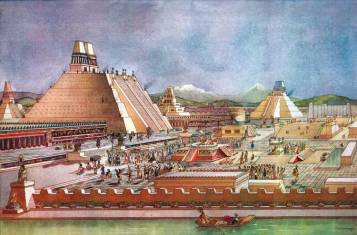 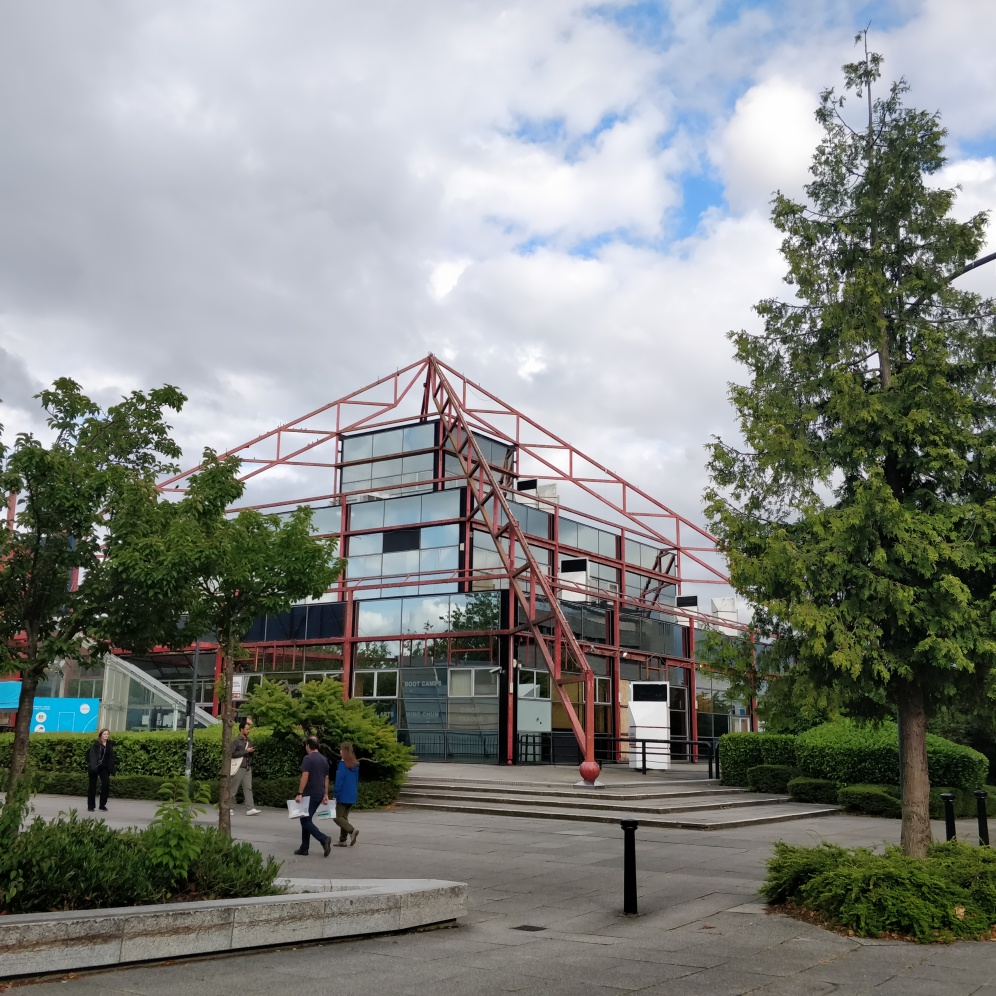 They haven’t yet managed to replace the Tree Cathedral (placed deliberately on a leyline power node) with another IKEA, or convert the Peace Pagoda into a Tesco Metro, but I’m sure it’s not for a lack of trying.

The site of the Light Pyramid (The Beacon) by Liliane Lijn (2012) in Campbell Park has become a gathering point for people watching the sunrise at the Summer Solstice, as this artwork has been designed – like her previous Circle of Light sculpture (1980) which hangs in the Midsummer Arcade of the shopping centre – to align with the rising sun on this date. 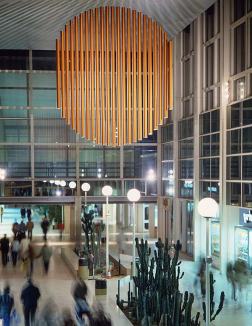 When you attend the sunrise on the Summer Solstice, you should speak an invocation to the sun, and make an appropriate offering. The traditional drink for the occasion is honey-brewed mead, but if you prefer straight “liquid sunshine” you could take a shot of Pineapple Grenade Spiced Rum, or create your own cocktail.

I recommend a Solstice Belle, of my own invention. You could also try a Sunshine Superfan or a Sweetest Sting.

Honey is a recommended ingredient, as bees (which originally formed from the tears of the sun god Ra) are the sacred insect of the sun.

(To make honey syrup, mix 1 part honey to 1 part water and heat gently until they are fully blended. I add pinches of cinnamon and saffron for extra spice and warmth. Refrigerate overnight, then strain out the saffron and cinnamon)

If you are making these to drink at home, fill a tumbler with big ice cubes, shake the ingredients together and pour them over the top, garnishing with an edible flower. Flower garlands were traditionally worn at Solstice celebrations.

If you are pre-batching them to take to the sunrise, shake with ice then strain into a Thermos flask to take with you.

As the sun rises, make your invocation (either out loud or silently):

Great Sun, fill me with your warmth and power!

I desire you! I invoke you! I call you into me!

Pour some of your offering onto the ground, and drink the rest yourself. You will feel warmed and energized as the ritual takes effect.

For some more elaborate Solstice or Midsummer rituals you could check previous posts on A Flaming Fête With Flowers or A Midsummer Meal for Mithras for tips. If it doesn’t rain too much, I plan to at least get some bonfire jumping done. 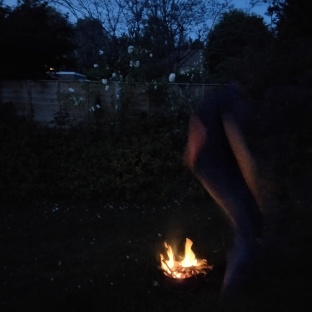 The other popular spot in MK to watch the sunrise is the Medicine Circle – a modern stone circle on the shores of popular watersports activity centre Willen Lake. This is where the local Wiccan covens meet on Pagan holidays.

The Baphomet or Sabbatic Goat who makes an appearance here is an ancient symbol of the equilibrium of opposites, or bringing together of two halves.

You could swing by to visit the Dinosaur of Peartree Bridge afterwards – the field he stands in is well known for the fairy circles and mushrooms which spring up overnight. Local witches have been spotted here dancing on Walpurgis Night.

Like Samhain, this is a time when the veil between this world and the next is stretched thin, and midsummer is when fairies and their ilk are at their most powerful.

It’s wise to carry an object of iron with you as a protection – an iron nail is the easiest thing to find and carry. If you can’t find one, you could try turning one of your garments inside out, or carrying a piece of bread.

If you can find some iron protection, this would be an interesting day to visit sacred sites and derelict or abandoned buildings, as this is where you will find most fairies, minor gods and demons and water or wood sprites.

If you are in Milton Keynes and want to visit one of the secret places of the town, you could make a trip to the Milton Keynes Henge AKA The Arrow Stones. A brief mention in the 2013 “Mysterious Milton Keynes” book and an 2013 blog post from esoteric dowsing experts were all the information I could find online.

In 2020, the Stones are no longer visible from MK Coachway, but can be easily accessed from the Brooklands Meadow Park. I recommend starting at the Brooklands Park playground, to take a look at the wooden owl sculpture there. The plinth is decorated with metallic studs mapping star formations, and carved with foxes and hares. 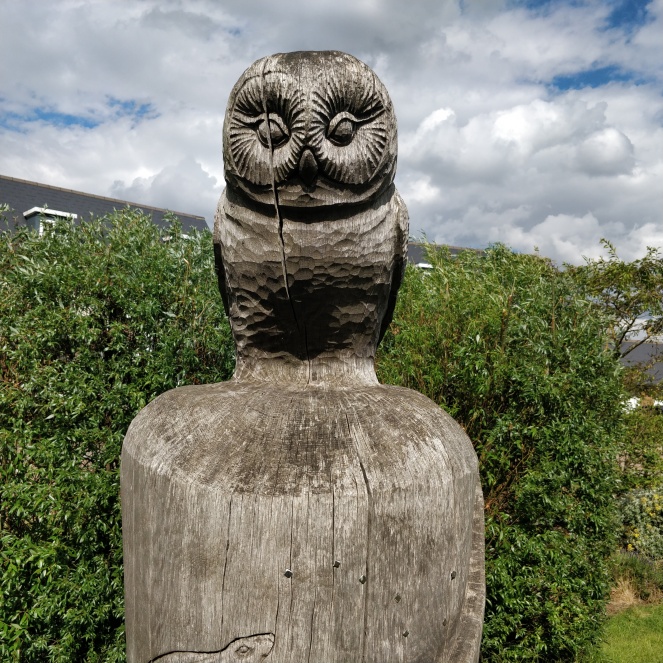 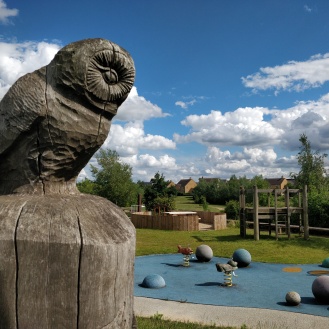 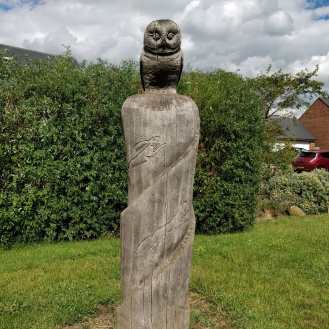 You can then follow an easy path winding through the estates of smart Barratt Homes with maritime names like Buccaneer, Ark Royal, & Illustrious. Just follow the stream and when you get to the hill, go up. A well-maintained path takes you to overlook the M1 motorway and eventually to the Stones, where the path ends. 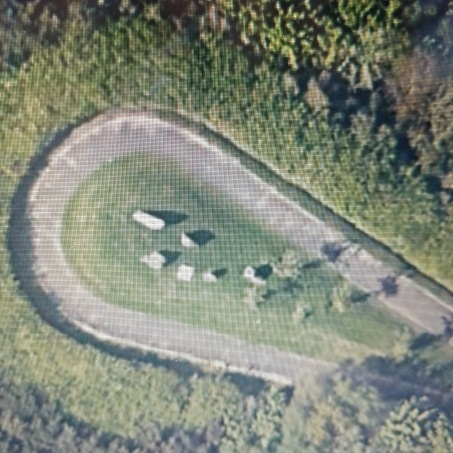 Don’t expect to find signage or mention on any map, as there is none. Part of the problem in determining what the Stones are for is the fact that we have no idea what they originally looked like. The cromlech standing here aren’t in their original position and in fact were once a part of a larger stone circle, the remnants of which are still buried beneath the M1.

The Arrow Stones were excavated when this part of the M1 was built in 1958, and eventually relocated to the hill where they currently stand. The stretch between Junction 14 and Luton where the main circle lies beneath the road has become known as an accident blackspot, possibly due to the magnetic pull of the sleeping stones.

Local records contain frequent reported sightings of a large black dog which appears silently from behind the Stones only to disappear moments later. This seems likely to be a spectral or demonic entity, although most Black Dogs are nocturnal, while this apparition has been seen most often during daylight hours. 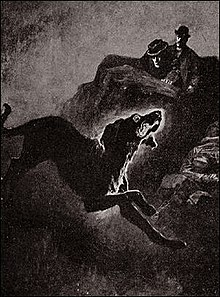 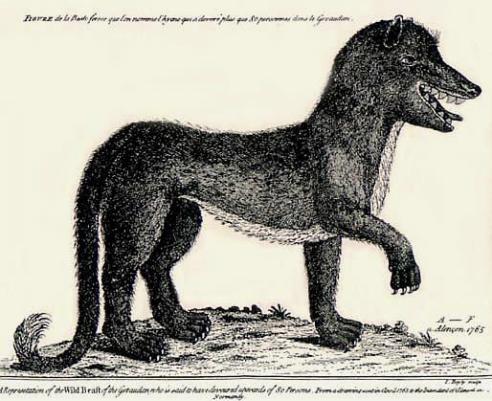 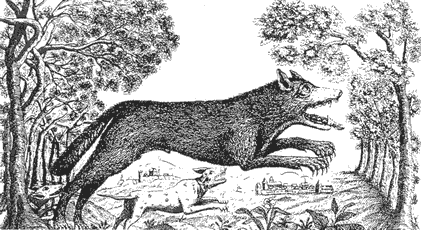 Be careful to carry protection when you visit these sites, don’t speak wishes out loud, and don’t use any companions name when you speak to them, as you don’t want any listener or watcher to gain power over you.

Many thanks to Sian Lake of the Dowsing Diaries