A pooka is a shapeshifter which prefers the shape of a black horse, although it may also appear as a rabbit, wolf, raven, fox or cat.

You should always be on your guard when meeting an unknown creature with a black coat, especially if its eyes are green or red.

Especially at parties. Remember those words of wisdom from Joan Aiken- “Never accept the first cup of liquid offered to you by a stranger”. 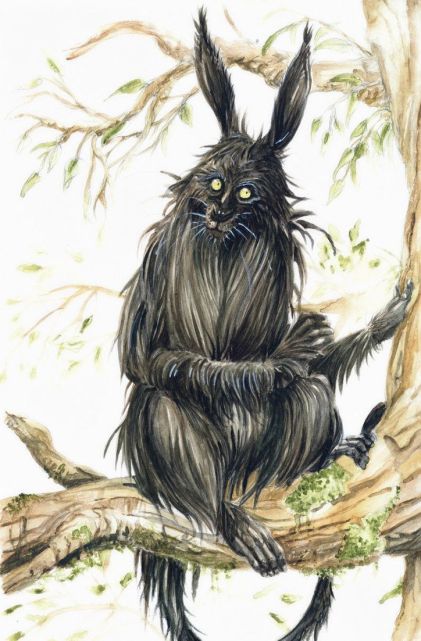 A kind of fairy or ex-demigod, the pooka is one of the creatures Left Over From Before, or the Aos Sí. One of the pooka’s abilities is that of transport from one world to the next, as they can move between our world and the Otherworld Tír na nÓg with little effort.

As the portals to Tír na nÓg are commonly found in birch groves or grassy mounds in the forest you should be wary of sleeping in such places unless you actively wish to travel to Places Beyond. Pookas are notoriously capricious – neither good nor bad, they rather exist beyond such concepts and tend to look for amusement wherever they can find it.

A pooka will sometimes entice you onto its back to take you for a wild ride through the night. Unlike the kelpie, which will plunge its rider into the nearest river or lake to drown and devour them, the pooka will not usually have any specific malign intent.

Most active around the time of Samhain or Halloween, they roam the agricultural fields, trampling and chewing on the crops left after harvesting, to render them inedible. The pooka considers this his due, also chewing up blackberries and fruits of the forest to mark them as his own after October.

In the last surviving primeval Polish forest of Bialowieza, the local pookas (known there as the Konik) can sometimes be seen running in herds – very unusual for the normally solitary creatures (this may be due to the large numbers of silver birch trees in the region).

To catch a glimpse is thought to be good luck for the local harvests of grain, which is used for the local Konik’s Tail vodka – made there for over 600 years. 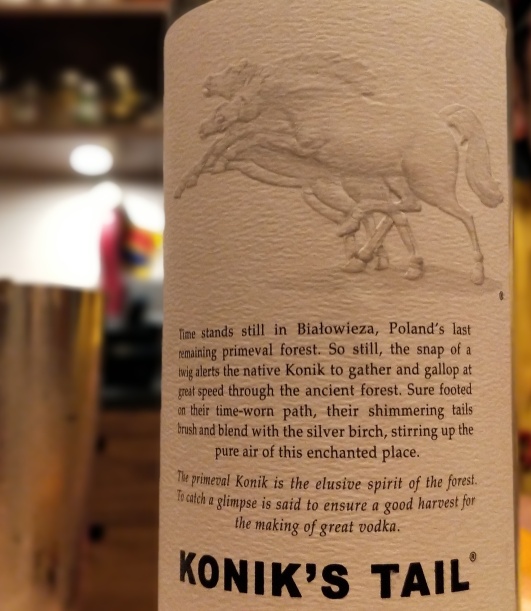 This is considered by many to be the best vodka in the world, so it’s a good choice if you want to try and create the perfect Martini.

Keep the bottle of vodka, the glass and the cocktail shaker in the freezer and the vermouth and the lemon in the fridge until you are ready to combine. 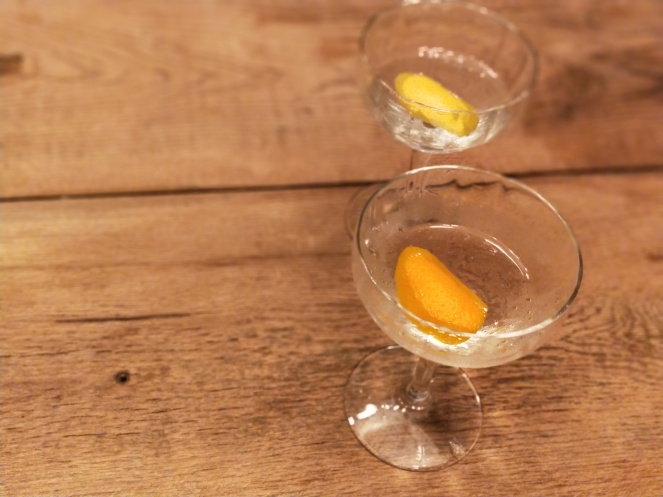 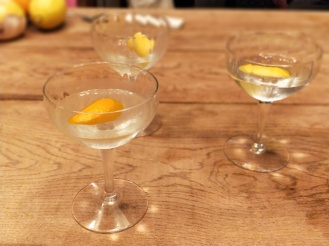 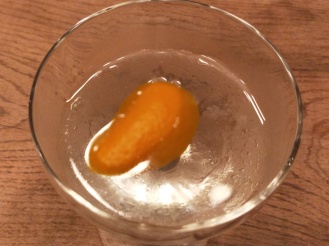 Shake the liquids together and pour into the cold glass.

Now flame a piece of peel over the drink to add a delicate bittersweet flavour.

Cut a big thick piece of peel, and get some long matches. Warm the peel with the lit match flame, then squeeze it quickly over the drink, spraying out zest oil –  and light the spray. This will create a sparkly little fuzz over the drink, and spread burnt zest oil across the surface of the Martini.

Place the peel into the glass.

Click for an instructional video for mixing then flaming zest

If you’d like to use a traditional Polish salute when taking your first sip, try Zdrowia! Or Mój poduszkowiec jest pełen węgorzy! 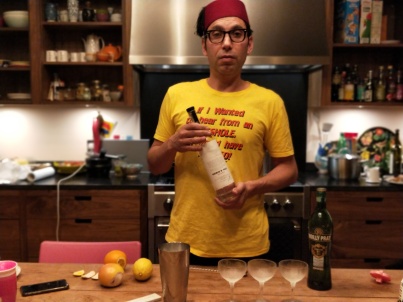 ‘I like to have a Martini, two at the very most; three, I’m under the table, four, I’m under my host!’ – apparently Dorothy Parker never said this, but hey. SOMEone did. 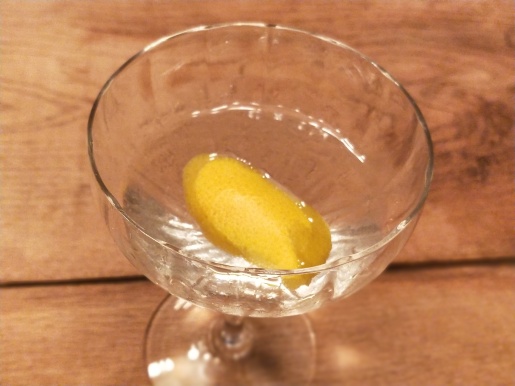 Thanks to Andrew Rutland for creating the perfect Martini.