The Black Forest stretches from Karlsruhe as far as the Upper Danube and from Pforzheim to Lörrach with its pine forests, pastures and mountain lakes. There are monasteries, castles and ruins – much of it relatively untouched by the modern world. 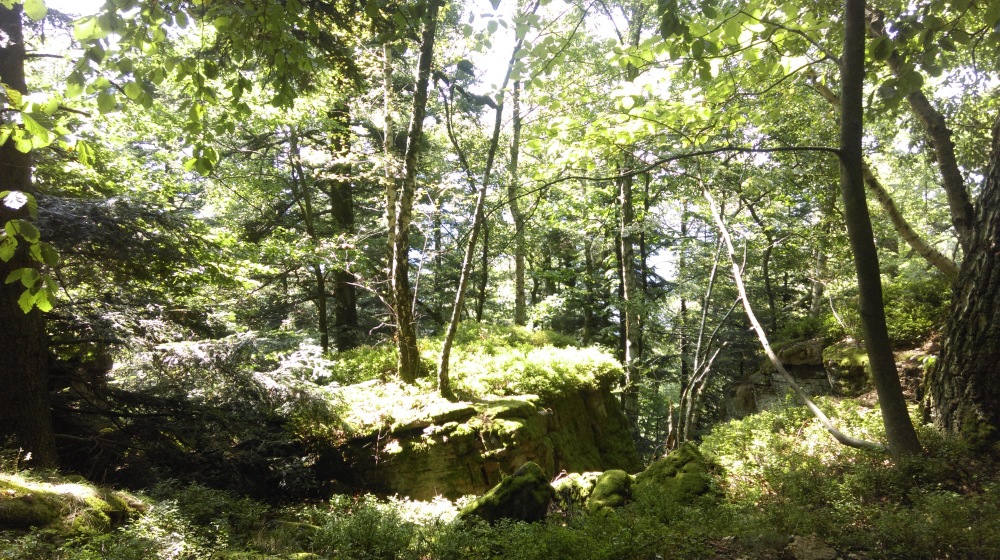 When strolling through these ancient woodlands, some things for the witch to watch out for are the Lumbricus Badensis (giant earthworm), red-capped fly agaric toadstools and the mischievous Wolpertinger, a reclusive hybrid animal of the region. 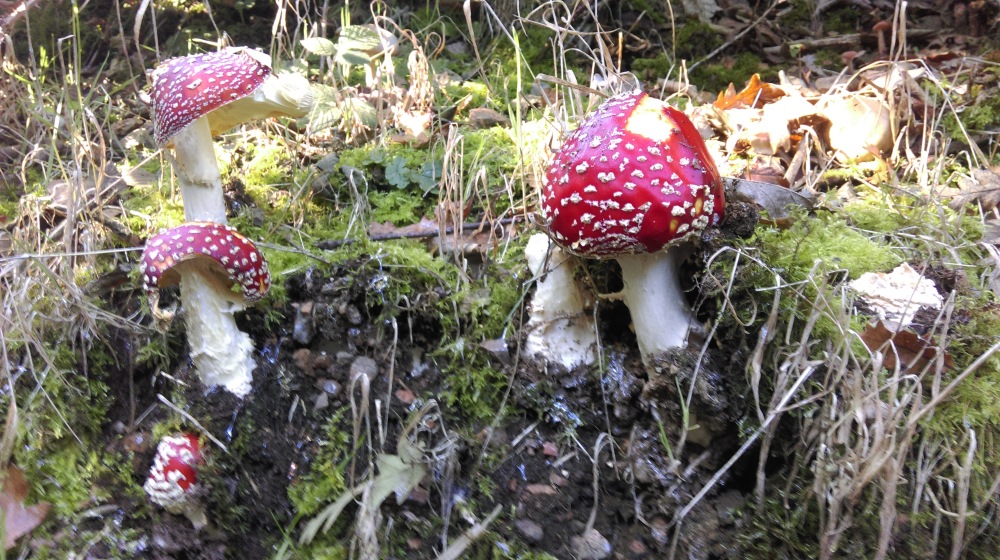 A close relative of the Wolpertinger was described by Pliny The Elder in his Natural History as a creature with the body of a bird and a rabbit’s head, said to inhabit the Alps. 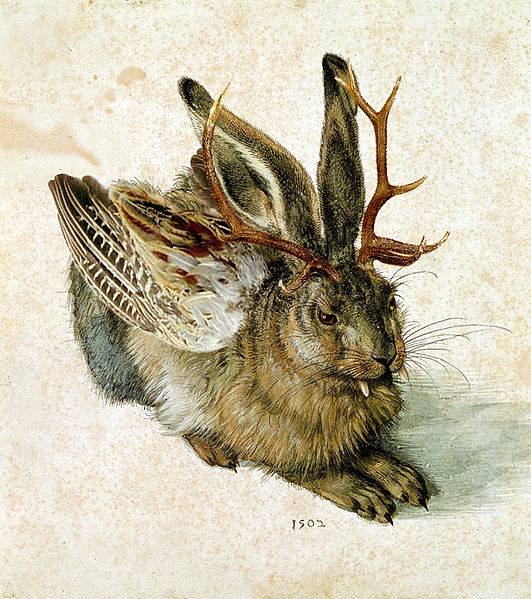 They are part of a larger family of horned mammals that exist throughout the Germanic regions of Europe, such as the Austrian raurakl (identical to the wolpertinger), the Thuringian rasselbock (a cousin of the American jackolope) and the North Hessian dilldapp (more hamsterlope than jackolope) and the Swedish skvader (a fine example of which is on display at the Sundsvall Natural History Museum). 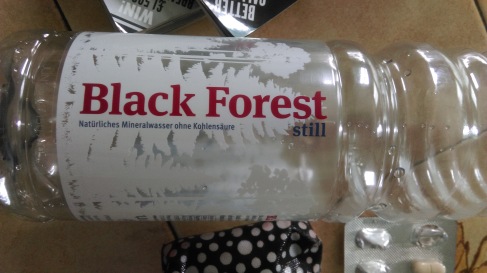 Images of creatures resembling the wolpertinger have been found in woodcuts and engravings dating back to the 17th century. It has been claimed that these are based on found skeletons of rabbits suffering from the Shope papillomavirus, which causes bony tumours to grown on the rabbits head and body, but that seems to me to be reaching a bit.

While the wolpertinger is rarely spotted in the wild (and according to legend, only at full moon), you can find man-made facsimiles occasionally, some of which are exceptionally amusing to look at. 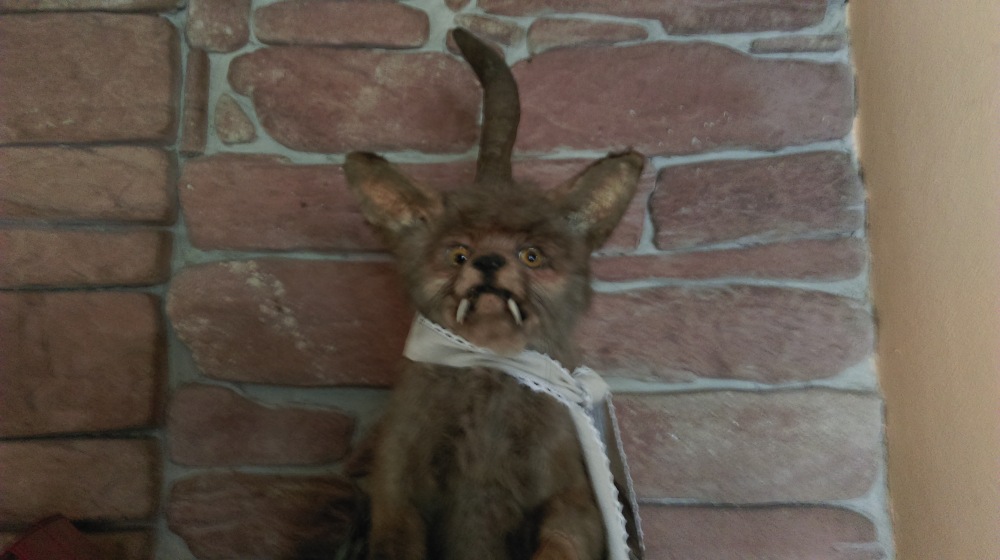 “One way of coping with something unknown is to make an imaginary representation of it so that it may be identified and may through familiarity, become less frightening.”

Unlike the South African Tokoloshe or the Balinese Leyak, Wolpertingers and their kin are not necessarily maliceful or destructive, rather, they embody the spirit of the forest: playful, joyous, free and only slightly sinister. 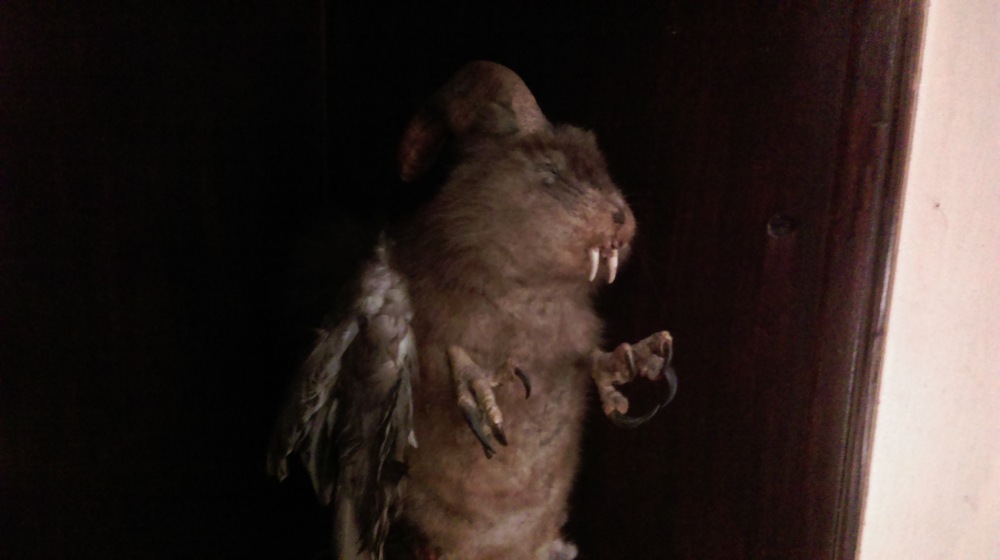 To evoke the animal spirits within yourself and break free for a while from the anodyne and too-familiar modern world, I recommend this powerful mixture, combining the specialities of the area: Black Forest Gateaux and strong coffee. 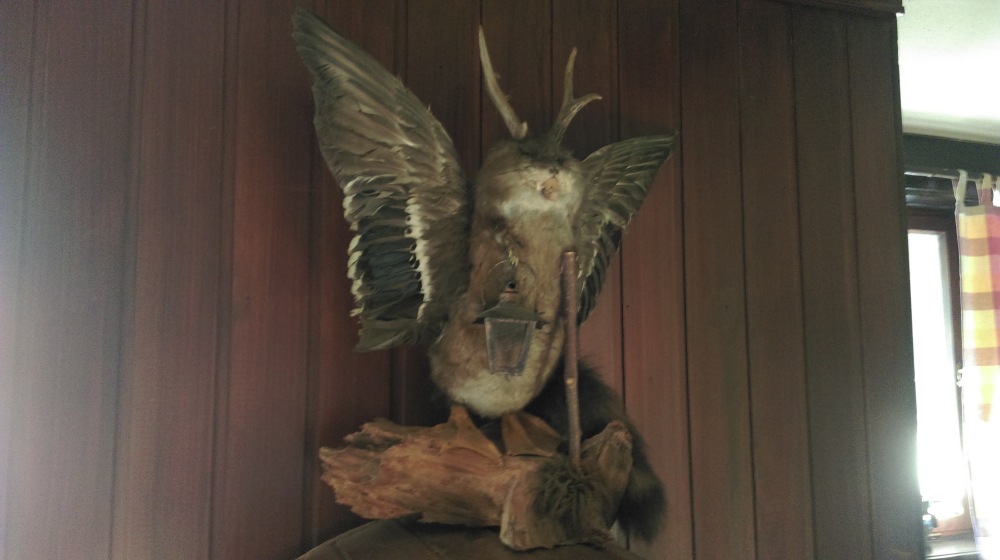 This can be mixed by hand, but it’s preferable to use a cocktail shaker.

It is entirely up to you whether you wish to make this a hot or a cold cocktail. Your choice may be influenced by which method you use to obtain your coffee shot. If you prepare it at home, it is simpler to make, mix and drink straight away, so a hot version may be preferred.

For myself, I never make coffee at home as I have 3 perfectly good coffee shops on the street directly opposite me and prefer to let their baristas do the work.

For this cocktail, therefore, I am using pre-prepared iced espresso shots from the supermarket and leaving them cold. 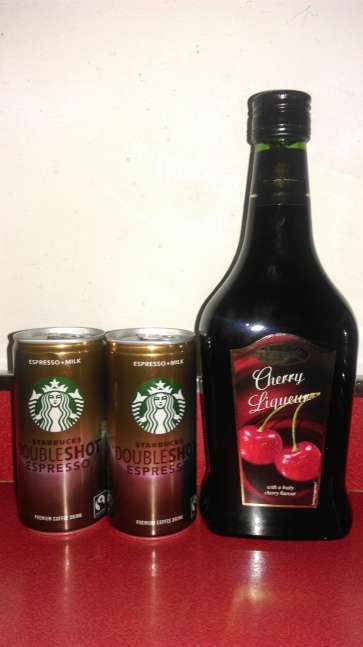 Add to your coffee shot a shot of chocolate liqueur. You can use any of the choco-options available. Classic Crème de Cacao is excellent and Godiva Chocolate Liqueur has been recommended by my fellow coven members.

I am using Mozart Black Chocolate liqueur as it is less sweet than most. 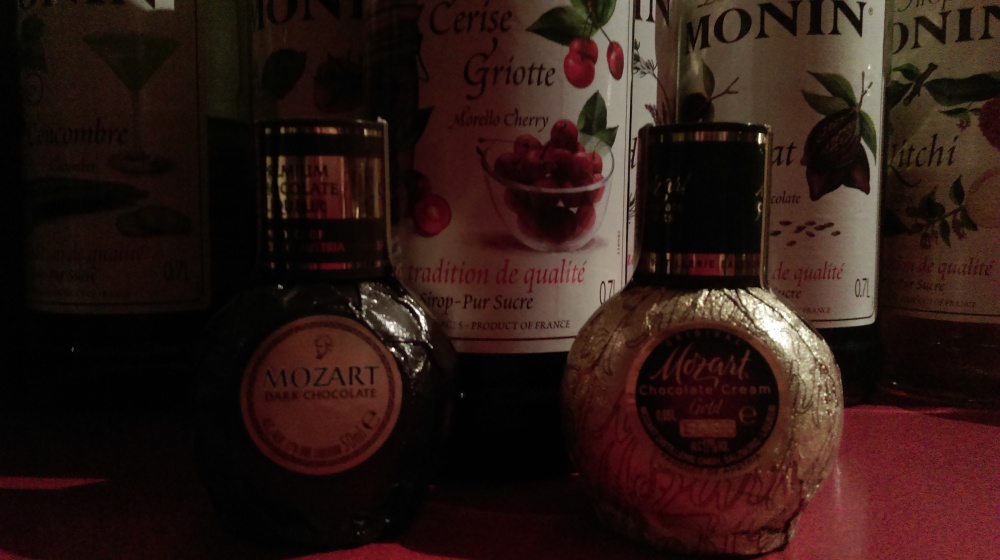 Add half a shot of cherry syrup, ideally black cherry or Morello cherry syrup. You can never go wrong with the Monin range.

Add a hard dash (approximately 1/3 of a shot) of cherry liqueur or Kirschwasser.

Have your cream prepared and ready before you shake the ingredients vigorously together, pour into the glass and add the cream as a floater.

Float the cream on top over the back of a spoon, letting the edge of the glass take the impact rather than pouring to the centre. A steady hand is needed for this, but you should end up with a perfect white snowcap.

This is the ideal method, but if you have no desire to be a hero, you can get a can of squirty cream and just squirt away.

Do not mix again, just sprinkle a pinch of bitter grated chocolate over the top and drink.

Pretzels on the side would be a good choice of snack.

Put on some suitable music during the entire process and turn it up when you imbibe. I will make some suggestions here, but anything which you find invigorating or exciting is fine and dandy. 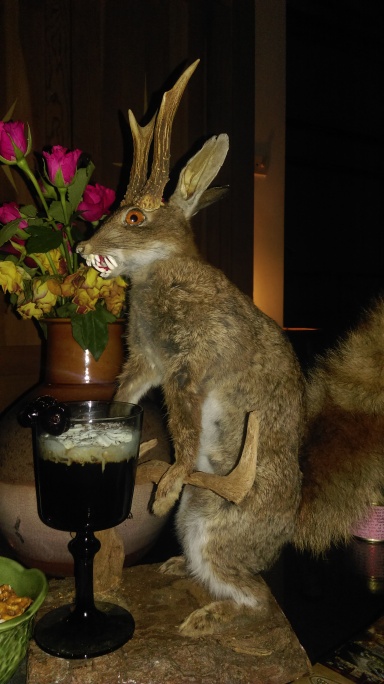 “I Fink U Freeky” – Die Antwoord

“A Question of Time” – Depeche Mode

“The Savage” – The Shadows

“Scratch Your Name” – The Noisettes

Remember that you are aiming for an elated, slightly unhinged state of mind, not violent insanity. If you start feeling too dangerous, try these as an alternative:

“How Do” – The Sneaker Pimps

Let your spirits rise and your mood lighten as you get in touch with your inner forest spirit. And bear in mind that if you drink more than three of these late at night, the alcohol, sugar, fat and caffeine content combined with powerful music may cause you to believe three impossible things before breakfast the next day. 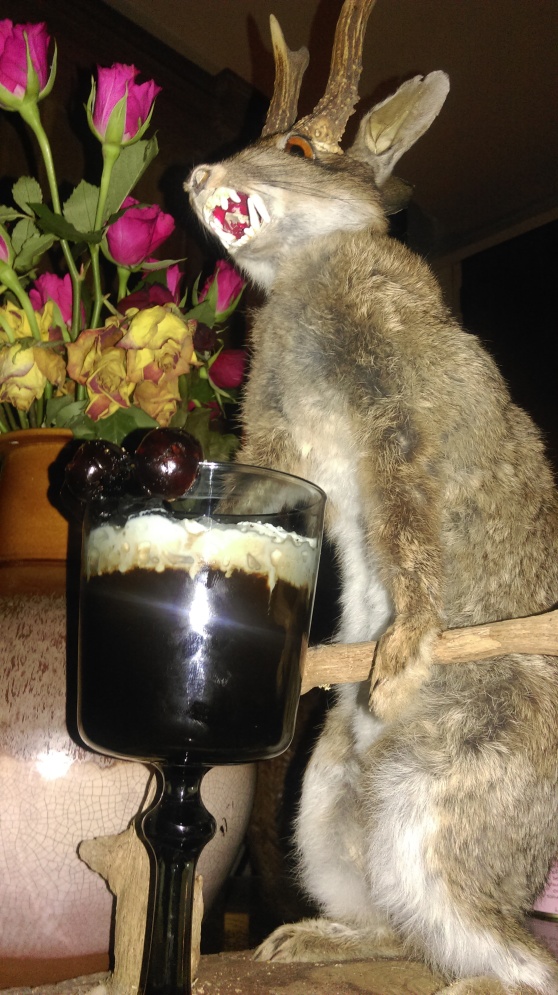