……and in London at the moment, the days are pretty dark and stormy, too.

A good time to mix up a potion for strength, potency and warmth. To paraphrase the wise words of the kings of the dance floor Odyssey: you need to get back to your roots, yeah? 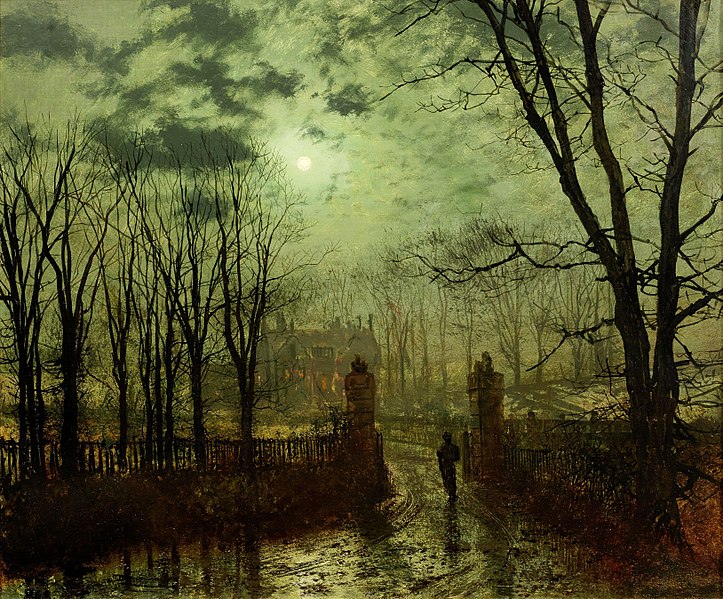 For this you will need mainly carrots and mandrake. While carrots are widely available in the shops, mandrake is a little more tricky to source.

Mandrake is one of the most famous witchcraft ingredients, mainly due to its distinctive appearance – the thick forked root giving it a vaguely humanoid aspect. Ancient lore informs us that it screamed when pulled from the earth, driving anyone within earshot mad.

Anybody having to get out of bed and go to work on these cold dark mornings will fully sympathise with the mandrake.

If you can master the art of growing these at home, I would advise against actually ingesting it. It has narcotic and magical effects, but it’s also extremely poisonous, as the Borgias could tell you. It’s worth cultivating though, as the dried root can be used as a powerful talisman against evil spirits and to expel demons.

How To Grow Mandrake Root At Home Using Cleromancy

Cleromancy uses the casting of lots to reveal the will of the gods or other supernatural entities. For ancient peoples, the concepts of chance and randomness were entwined closely with fate; Hindu and Buddhist philosophies state that any event is the result of previous events, as reflected in the concept of Karma, and that there is no such thing as a truly random event or a first event.

A multitude of methods developed over the years all serve the same purpose of introducing randomisers to reveal a communication from another plane: reading entrails, casting runestones, Chinese Fortune Sticks, drawing straws, flipping coins, reading tealeaves, the I Ching, the Magic 8 ball.

You can apparently buy mandrake seeds online, but in this instance I would be more inclined to put my faith in the supernatural than the Internet. Instead, buy a packet of edible sprout seeds. Alfalfa, radish, mung, even mustard and cress – the more variety the better. You can pick them up at health food shops.

Find a patch of soil in the garden, a flower pot or a dirt tray and, with eyes raised to heaven and keeping thoughts of the image of the mandrake root in your mind at all times, scatter the seeds across the earth. Water lightly. You should see the beginnings of growth in just a few days.

If you are intended to have a mandrake root, one will develop. Let the sprouts grow far past their intended development, and always strongly visualise the form of the mandrake when you water them. Try not to let them dry out.

Because of the associations with mandrake root, a surefire way to make sure that one develops would be to use semen as a fertiliser. This was the method used in the Middle Ages; the root was grown under a gallows, it being thought that they grew from the “seed” of the hanged man.

In the interests of Mystery I will not reveal whether I used this option in this instance, but as you will see here, I have a very healthy mandrake root growing in the turf roofing of my shed.

When you harvest your forked root, do NOT pull it roughly from the soil, as this is anathema to the mandrake. Instead gently wash away the soil from around the root with warm water mixed with a few drops of vanilla flavouring and ease it out. You may wish to don noise-cancelling headphones or ear protectors for safety. Harvest at midnight.

Hang the mandrake up to dry out in a warm place and bind it with red thread to attach it to your purpose. Name him, if you wish.

Dried mandrake (symbolic use only)

I prefer to use a slow masticating juicer. This separates the fruit or vegetable into both juice and a very useful puree (which can be used for other recipes or spells) but you must please yourself, of course.

Make sure your kitchen is warm and brightly lit.

Take your carrots: phallic symbolics of lust/fertility and medically multi-purpose with their energising and cleansing properties. Carrots are rich in alkaline properties which purify and revitalise the blood and have an especially beneficial effect on the liver. Do not peel, just rinse and trim off the top end.

Juice, with the bound mandrake hung suspended over the apparatus. According to the Oriental tradition of dividing all foods into Yin, Yang, or neutral, according to the energy they impart to the body, carrots are a Yang, or warming food.

Now add the ginger to the juice mix. Also a Yang food, this both promotes sensuality, confidence and success and is often used as a bolster or booster to add to the strength of any mixture of which it is a part.

The root has a form that can appear humanoid, so this will take the physical place of the mandrake in this spell.

Throughout the ritual, imagine yourself surrounded and filled with a warm red glow.

Pliny the Elder recommended this as a love potion, guaranteed to be successful. Prominent ancient Greek physician Galen of Pergamon claimed it promoted lust. Office Christmas party season is coming up, people!

Drink it immediately, and feel, in the immortal words of Daft Punk: harder, better, faster, stronger.

While we are on the subject of roots, I must bring your attention to a very fascinating blog post by a chap called Victor which explores the almost-forgotten art of anthropomorphic vegetable artwork.