Skip to content
As the Winter Solstice party season looms, we must start thinking about plans for our Saturnalia bashes for December 17th – we can probably skip the human sacrifice part as it’s no longer terribly fashionable – but the traditional banquet for Saturn should certainly be observed.  Whether at your Feast of Fools you choose to nominate a Lord of Misrule or not is entirely up to you.

Speaking strictly for myself I find it tiresome to have a mock king ordering me to drink, dance and indulge in laviscious behaviour – this may seem a desirable figure to some, but my view is that as long as you have a properly powerful festive punch available, dim lights and maybe one of those inexpensive twirly disco ball gadgets, you’re good to go for party atmosphere.

If you do nominate such a person, you should provide them with a crown – the perfect option would be a circlet woven from twigs, holly and mistletoe, but if you don’t wish to opt for the traditional look, a really amusing hat or retro deely-bobbers also work well.

Some cultures favour a simple lamp-shade worn on the head.

One party punch recipe which has proved reliably successful for members of this coven is the Goblin Juice created and named by Anton LaVey, who founded the Church of Satan in 1966, kept lions as house pets, palled around with Jayne Mansfield and other notables of his day, and worked a strong look, as pictured here:

Mix together one fifth of rum, one fifth of vodka, one large can of pineapple-grapefruit juice, one small can of concentrated frozen orange juice (diluted as per instructions on the container), and four ounces of grenadine.

Serve with ice and lots of salty snacks.

Don’t forget that Saturn should attend his party in effigy, so whether you craft your own god or name an existing figure, don’t forget to toast him with the traditional “Io, Saturnalia!”

Whatever form your effigy takes, his feet should be bound with wool, which is removed at the start of the evening as a symbol of liberation. 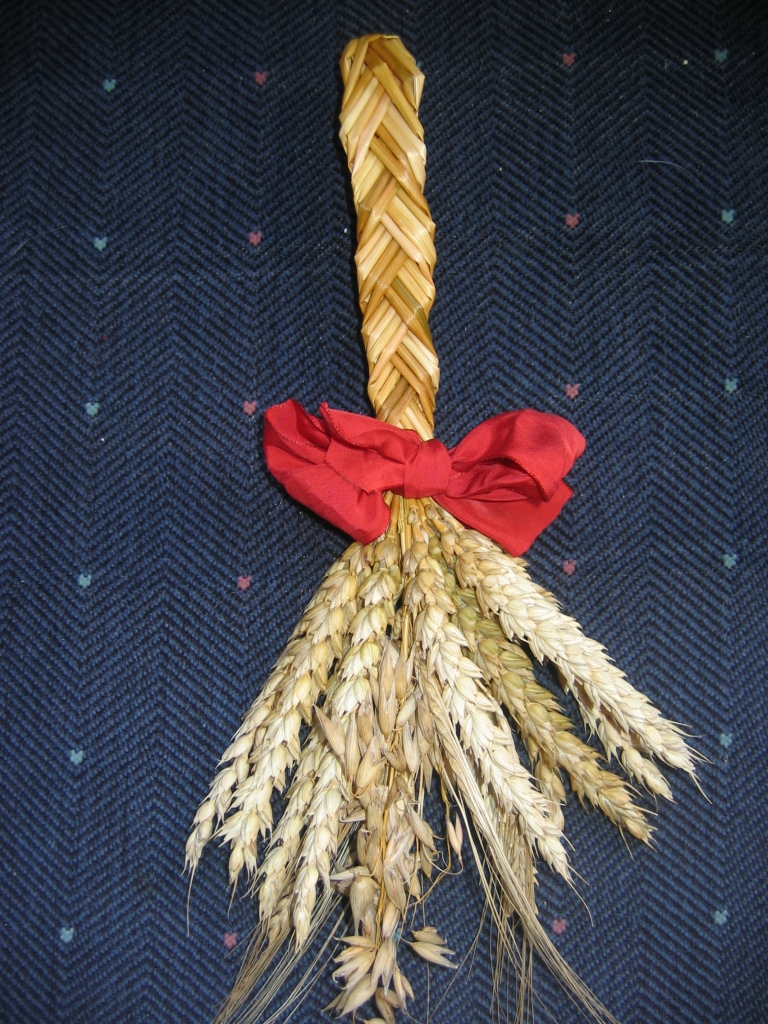 A corn dolly effigy would be in keeping with his status as a god of agriculture – but if the pressures of the holiday season are getting to you, don’t stress out. Simply nominate a clock of your choice as Saturn, and attach the binding wool wherever you can find purchase. Scattering seed before him would be a pleasing touch.

Saturn will be sure to look favourably upon this…. a Grandfather clock would be absolutely ideal to personify Old Father Time.

As this god gained some notoriety by devouring his young… 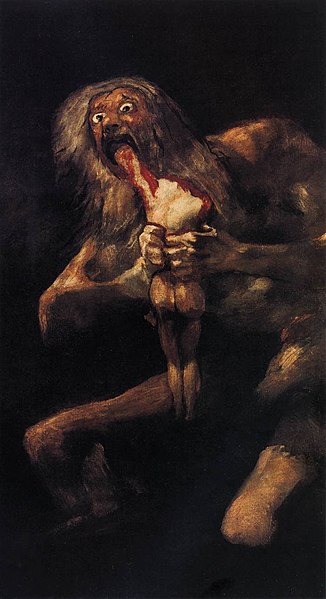 …a dish of jelly babies for your guests would be appropriate.