“Look at them, troll mother said. Look at my sons! You won’t find more beautiful trolls on this side of the moon.” – Traditional

In these enlightened days of science and technology and that, most people associate trolls with spiteful and/or mischievous people who anonymously trouble online folk.

Hiding under a bridge of secret identity, they wait until they hear the trip trap, trip trap of one of their triggers approaching, and start to send out messages that have only one intention – to make themselves feel strong.

Every time they provoke a reaction, especially a hurt emotional one  from somebody, they feel for a moment a spike of bright joy.

They imagine themselves for that second to be powerful and beautiful, but of course, anybody else will see them for what they are- great lumpen ugly trolls with eyes as big as saucers and a nose as long as a poker. 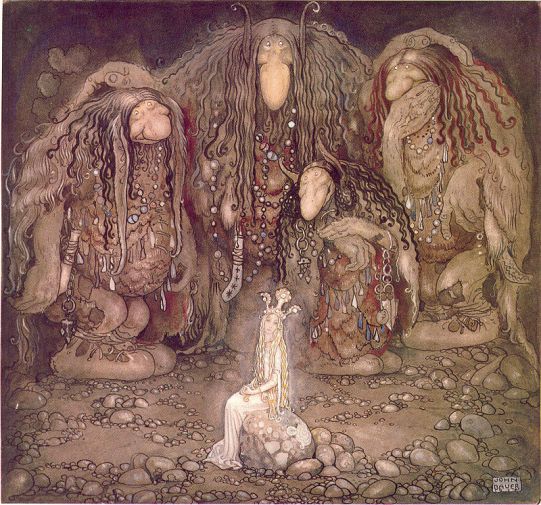 In Scandinavian folklore these existed long before the internet was dreamed of, living far from human habitation and sometimes appearing as grotesque monsters, sometimes as normal people with only pale dry skin and a reddish cast to their eyes to identify them by.

The humanoid trolls were by far the most dangerous, of course, lulling people into a false sense of security before eating them up, snap snap snap.

These were also able to shape-shift into domestic cats when it suited their purpose but, like all their kind, had the fatal weakness of an allergy to sunlight.

As bothered as you can be by trolls during the hours of darkness, when the sun comes up they will be exposed and frozen in place, completely helpless to your whim, whether you choose to destroy them with a few well-placed blows or leave them as they are as an example to other trolls.

Both Thomas Dam – the Danish fisherman who carved the original Good Luck Troll doll for his daughter and saw it become one of the biggest recurring toy fads in history, and Tove Jansson – the Finnish author of the Moomintroll books – grew up surrounded by forest trolls, mountain trolls and even beach trolls.

Their creations both introduced trolls to the world at large, and reinvented them as benign little creatures very different from their ancient ancestors who were both gigantic and fanatically anti-religious, notorious for throwing boulders at churches and eating livestock.

In homage to the modern troll, I’ve made a cocktail which combines Swedish and Finnish ingredients, and has the general appearance of a Good Luck Troll (or “Gonk” as they were known in the UK). 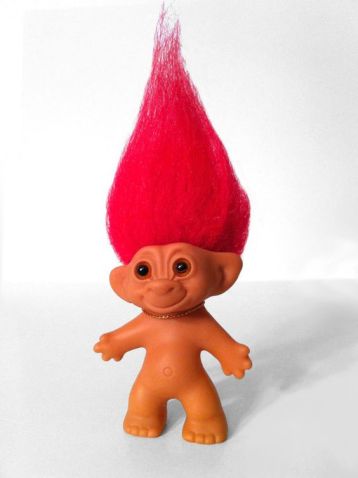 Make the topping up first- make sure the bowl you use is clean and dry. Ideally use an electric whisk to beat the egg whites, colour and cream of tartar until the mixture forms firm peaks. When it peaks, slowly add the sugar and then the zest.

When you have your zesty orange mixture, you can go two ways. Make up the cocktail with a fresh topping, which is ideal- you can mix it into the drink as you go that way.

Alternatively, if you are preparing drinks in advance, make dollops of the mixture onto a foiled baking sheet, bake for 15 minutes, and when you take them out, use straws to make straw holes in the now crisp dollops. 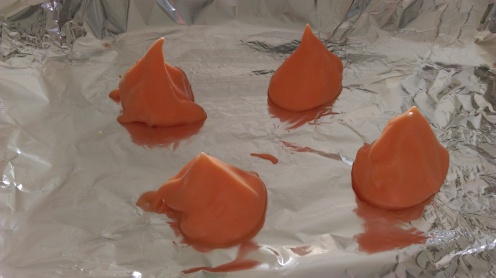 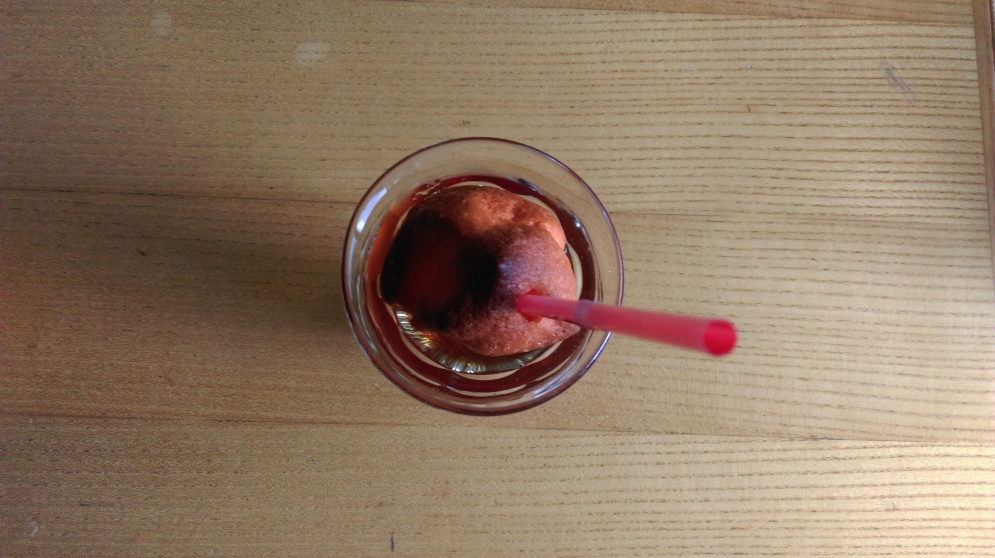 Now, make up the actual drink- combine the 3 active ingredients and shake in a chilled shaker, then pour into chilled glasses and top up with iced tea.

Either scoop soft fresh meringue on top troll-hair-style and imbibe, or, if you are using the baked meringue, just top with a dollop and drink with a straw through the straw hole. You can eat the meringue in nibbles as you drink. 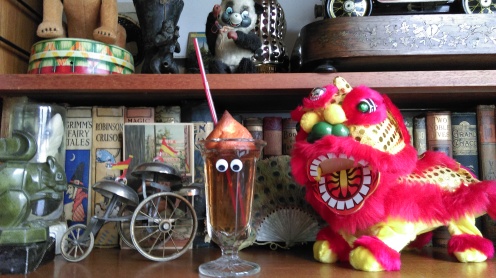 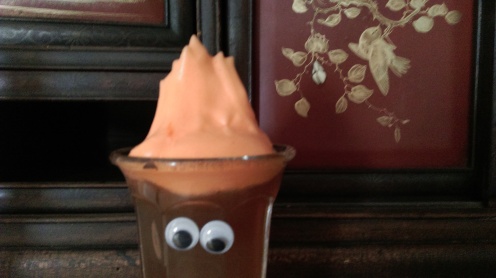 And do bear in mind that if you’re troubled by trolls…..do the wise thing and walk away.

Rules For Dealing With Trolls:

If they are large and brutish with characteristics such as tusks, bulldog teefs or cyclopic eyes, you are probably dealing with a mountain troll, most common in Norway. Avoid at all costs. They fear lightning, and will not tread on holy ground, so churches are good hiding places from mountain trolls. Easily confused with boulders.

If they are small, mischievous, hairy and tend to hide in cracks and holes, it may be a forest troll from Denmark. They are not always unfriendly to man, but are very protective of their stores of gold, and have a tendency to steal glittering objects and food.

A small smooth creature not unlike a furless beaver with a great many nubbin-like teeth and pale skin mottled with dark spots will usually be a beach troll from Finland. They live in burrows and have the ability to grant wishes but not the inclination.

A creature that looks at first glance like an oversized rat, but on further scrutiny has humanoid hands and feet and luminous yellow eyes which cast a faint glow on the floor before them is likely an urban troll, adapted to city life and living mostly in rubbish dumps and bins. Most of the attacks on humans attributed to urban foxes are in fact carried out by these trolls, and they are typically hostile and aggressive in nature. They can be found in most large cities worldwide, as they stow away on outgoing herring boats to travel away from Scandinavia.

An undersized human, tending to pudginess and pallor, with eyes which reflect red in direct light, flaky skin and dark teeth is normally a Lappish cave troll. To definitely identify one, leave food, money or drink near him and make a point of looking or walking away. When you turn back, it will be gone. They fear cold steel, so if you think you see one, keep cutlery to hand.

When you are reasonably sure you have identified your troll, tread carefully. Don’t enter into pacts or battles of wits with them, it never ends well.

Rule 2: If you are born into trolldom, achieve a troll, or have a troll thrust upon you, get away as soon as possible. 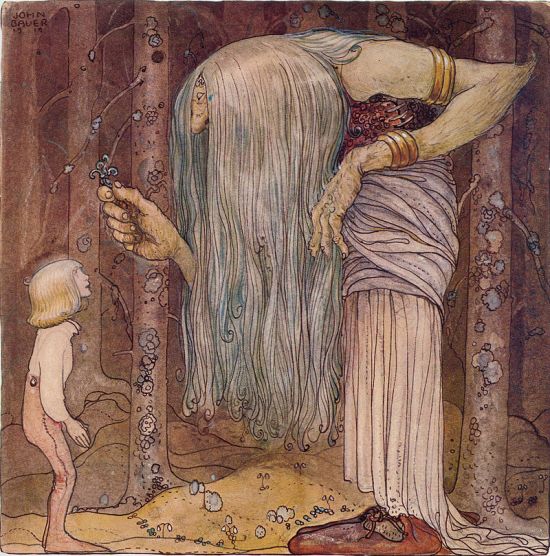 They call me Troll – Gnawer of the moon, Giant of the gale-blasts, Curse of the rain-hall, Companion of the sibyl, Nightroaming hag, Swallower of the loaf of heaven. What is a Troll but that? – Skáldskaparmál by Bragi Boddason

Thank you to Alexis Macleod for the Cloudberry liqueur.