In the Sakha Republic, they tie a horse to a pole and dance around it, or bet on reindeer races.

In Portugal, you can hit your neighbour on the head with a plastic hammer, which amusing habit I think should be much more widely practised generally.

In Norway children are formally married off in symbolic, non-binding ceremonies.

In Australia, a female kangaroo is chosen as Summer’s Bride and crowned with eucalyptus leaves and chicken bones.

In Sweden they dance in the style of frogs around a phallic object.

In Latvia they run naked through the streets at 3am.

More general customs include bonfires and the jumping over of bonfires, gathering flowers to wear or strew upon the water, collecting dew to wash with or drink, singing, dancing….

The Golden Music of the Sun

…..and hunting for the magical fern-seed, that blossoms only at the summer solstice and which brings luck, wealth, and the ability to understand animal speech.

Whichever rituals you opt for this year, do remember to pay homage to the solar deity of your choice. My personal favourite is Mithras, or Sol Invictus who was worshipped by Romans in the 1st to the 4th century. 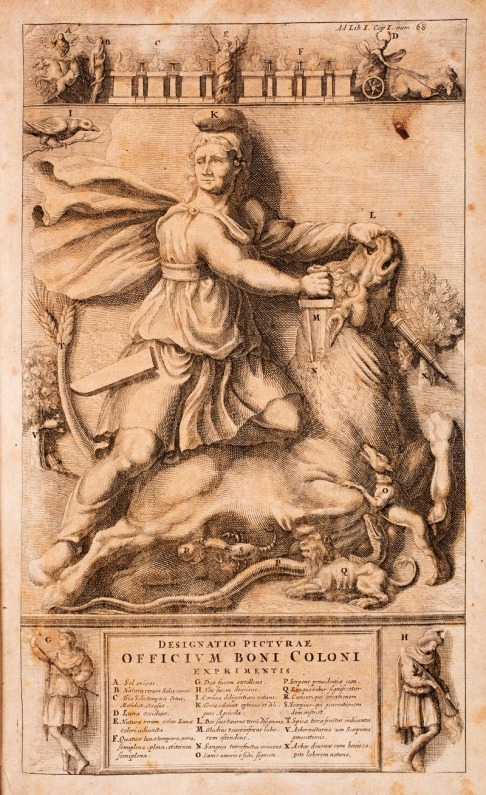 He is associated with the zodiac sign Aries and the planet Mars which influence me also – this may explain my attraction.

Mithraism, which was practised exclusively in underground temples, grottos and caverns known as Mithraeum, involved 7 grades of initiation rites, sacrificing of bulls and ritual feasting on meats and fruits.

This was in imitation of the legend of the god, who was born from a rock and killed a bull, then shared a meal of it with the reigning Sun God, afterwards ascending to the sky in his chariot and sharing his duties with him.

I am making a Midsummer meal in line with the Mithraic feasts.

2 large beef steaks (You don’t have to slaughter the beast yourself, but that would be ideal obviously) 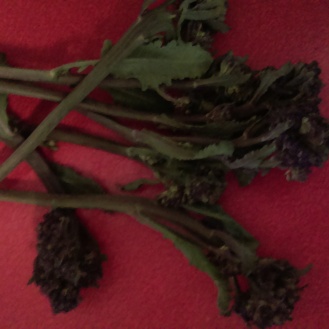 Sauté the onion in a tablespoon of butter in a hot pan for 5 minutes until it is tender. Add the cherries and cook for another 5 minutes, then add the wine and simmer for about 15 minutes until the sauce blends and thickens.

Pour in the meat juices from the steak pan.

Season the steaks with salt and pepper and fry them in a hot pan with a spoonful of oil and a dash of brandy if you have any knocking around. Slice them up.

Pour the sauce over the steaks and serve with asparagus or stems of broccoli – anything you can eat with your fingers and dip into the sauce.

At the Mithraeum, it was the custom to recline on stone benches around the communal table, so you can emulate this comfortably on your sofa at home. You should eat by candlelight as despite Mithras being a sun god, all his worship was carried out underground and artificially lit. 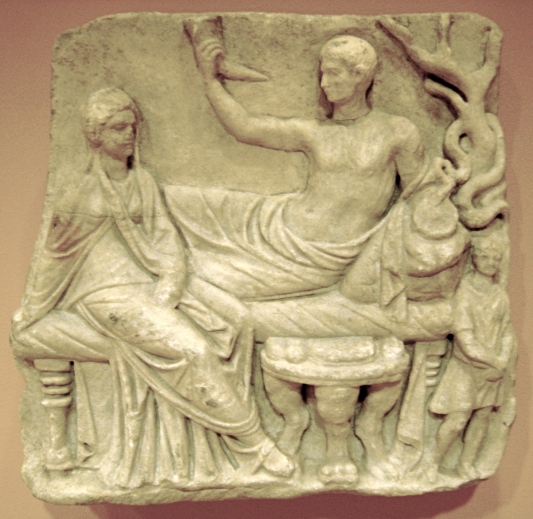 Before feasting, you should drink a toast to the god, and shake hands all around with anyone else present. The handshake was a significant element of the initiation ceremonies the Mithrains performed, as the legend told that Mithras and the Sun God shook hands in friendship.

A mere splash of banana liqueur

Blend the contents with crushed ice, drink it down and feel sunshine fill your soul. This drink may not be historically accurate, but as Mithraism is a Mystery Religion we may never know this for absolutely sure. And calda or posca – the watered, spiced wines mixed with honey or vinegar popular in Ancient Rome don’t evoke the Sun as effectively to the modern palate.

One of the Great Mysteries is the identity of the naked, wingéd lion-headed figure found represented in Mithraeum, entwined by serpents and holding keys.

You could, if you cared to, explore this Mystery and its significance after your feast if you can persuade anyone to get dressed up. 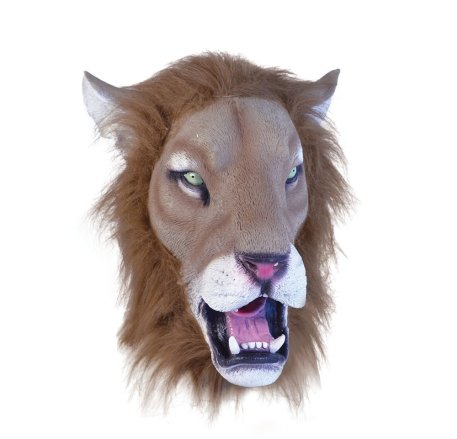 In Ancient Rome, respectable people were quite likely to turn to religious or magical practises to improve their sex lives, as lively sexuality was seen as being good for the health, and as an indication of prosperity of the State, so this would be quite appropriate for the occasion.

As it was Mithraic tradition to swear anyone present at the ceremonies to absolute secrecy, nobody will ever know.

Have a super Summer Solstice, and Hail Mithras!