Liquore Strega is a saffron-hued herbal liqueur from Benevento, Campania, Italy.  “Strega” is Italian for witch, drawing on legends of witchcraft in Benevento that go back to truly olden times.  Benevento was a hotspot for a cult of Isis, a temple for which was also devoted to Hecate and Diana, all representing goddess moon aspects.

Liquor legend has it that Giuseppe Alberti, a spice merchant, was out gathering herbs for his elixirs with his father when he came upon a witch trapped beneath a fallen tree branch.  They helped her and were rewarded with the secret formula for this liqueur on the condition that they not reveal the recipe to anyone else living.  To this day, only two people alive know the secret formula for Liquore Strega.  What is known is that it is made of over 70 herbs and spices from all over the globe, noticeably mint and fennel.  The label bears a terrific image of a snakey-haired witch and below her a group of ecstatic witches in deshabille dancing in the forest with satyrs.  Ah, the sabbats of yore!

Italians generally drink Strega neat as a digestif or use it in flavoring chocolate desserts,  I think because it can be a bit challenging to mix in a cocktail.  A challenge that I am happy to say that my coven is up to.  Visiting spirits medium Sayloraway dropped by to assist in this alchemical quest – together we conjured The Starry-Eyed Witch. 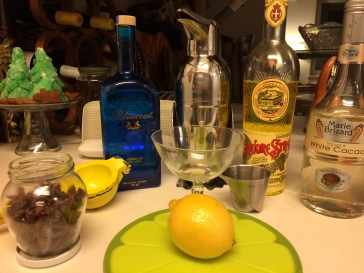 Add all ingredients except for the star anise to a cocktail shaker filled 1/3 with ice and shake vigorously while visualizing the frenzied sabbats at Benevento.  Strain into a cocktail coupe and float the star anise on top.  Consume, lest thee be consumed! 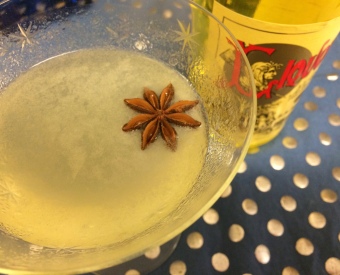 On the recommendation of another cocktail coven conjuress, I baked up a batch of Strazzate , chocolate almond cookies that include Strega among their ingredients (recipe here).  While pretty homely cookies, they are spectacularly delicious!  The complexly herbal liqueur compliments the chocolate and almonds to magical perfection.  And because the same intricate herbality goes a long way in a cocktail, it gives you another delectable use for your generous bottle of Strega.  Evviva la strega! 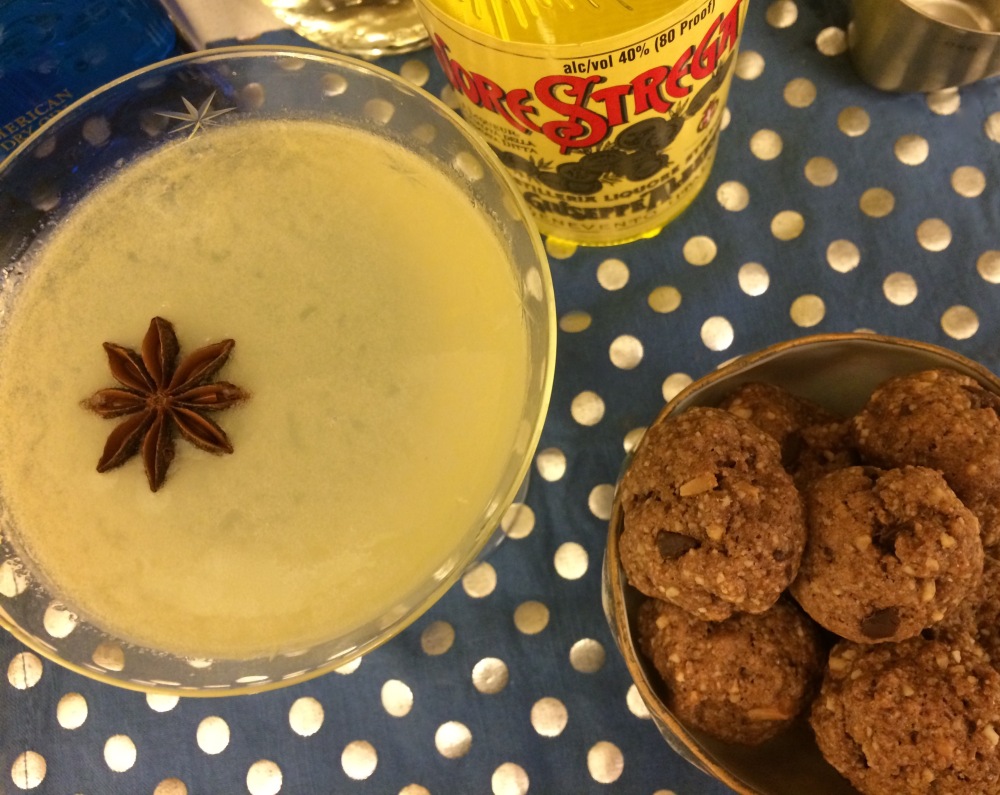